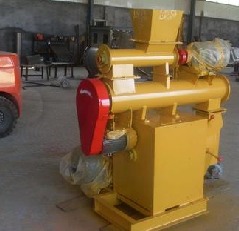 XCMG: The road is "light weight"

The XCMG Road Machinery Business Unit has also been taking the high-end route of â€œhigh-tech content, high added value, high reliability, and large-scaleâ€ for many years. However, as China's highway mileage approached 4.3 million kilometers in 2012 and the construction of the road network became increasingly perfect, the "improved engineering" from provincial-level connection lines and county and township road network renovation projects has gradually become mainstream. From the sales structure of the asphalt mixing equipment market in 2012, the sales volume of asphalt mixing stations under Type 2000 increased, and the sales volume of large-scale equipment above 4000 was on the decline. This also seems to indicate that the period of large-scale construction of China's highways has temporarily come to an end, and the era of small-scale conservation is approaching.

Large-scale asphalt mixing stations establish a brand, and miniaturized equipment ensures their survival. In the future, XCMG Road will still be "very light" on the subdivision, specialization, and high-end lines. It will provide complete solutions to the road construction units with a complete product line, and on the basis of traditional advantages, it will establish competition in higher-level markets. In the leadership position.

In the first half of this year, the mini-excavator became the undisputed first protagonist. Especially during the March-April period, the number of small and medium-sized digging sales of 29 mainstream brands in the domestic market exceeded 21,764 units, an increase of 259% compared to the previous period, and formed the excavator sales this year. A wave of "Little Spring". Under this boom, Caterpillar, the international engineering machinery leader who always took the â€œgreat-richâ€ route, also complied with the trend. In June, the new E-series small digging 306E and 307E were launched.

According to Ms. Mary Bell, vice president of Caterpillar Global, the E series of small excavation with the theme of â€œsmall fuel consumption and high income Eâ€ is Caterpillarâ€™s â€‹â€‹â€œinnovationâ€ based on the in-depth study of the Chinese market and the exploration of customer needs. New products with low cost and lower fuel consumption. Ms. Mary Bell said that with the acceleration of urbanization in China, mechanization operations will gradually replace artificial labor, so the prospect of small excavation in China is very broad.

In the concrete machinery competition, the miniaturized concrete equipment for the rural market, the Trinity V1, is equally inspiring in the first half of the year. This set of small concrete equipment, including a pump truck, a mixing station, and three mixers, was adopted by rural ticketing enthusiasts with her "small and exquisite, blue heart and quality", and was able to stand on the frontline with ease. .

According to customers, construction conditions in rural areas are harsh, and most of the roads are only 2.5 meters wide. Many rural houses are built along the roads. A slightly larger pump truck can drive in and accidentally scrape. While the width of the 31 V8 concrete pump truck is less than 2.3 meters, and the width of the mixer truck is less than 2.25 meters. The four-arm design and unilateral support technology are used to allow flexible construction on a limited site. The mixing station adopts a modular design and Block-type installation, the body area of â€‹â€‹only 128 square meters, can be installed within a week.

Because of the small floor space, the 31 V8 complete set of equipment can be directly built in the courtyard of ordinary farmer households, and the economic benefits obtained have maintained the "star style" - with the introduction of customers, with V8 equipment, one day can have 70 ~ 80 The partyâ€™s demand exceeded the 100-plus at the most, and mechanized construction has greatly reduced manpower requirements, reduced labor costs, and became the best helper for building houses in mountains and green mountains.